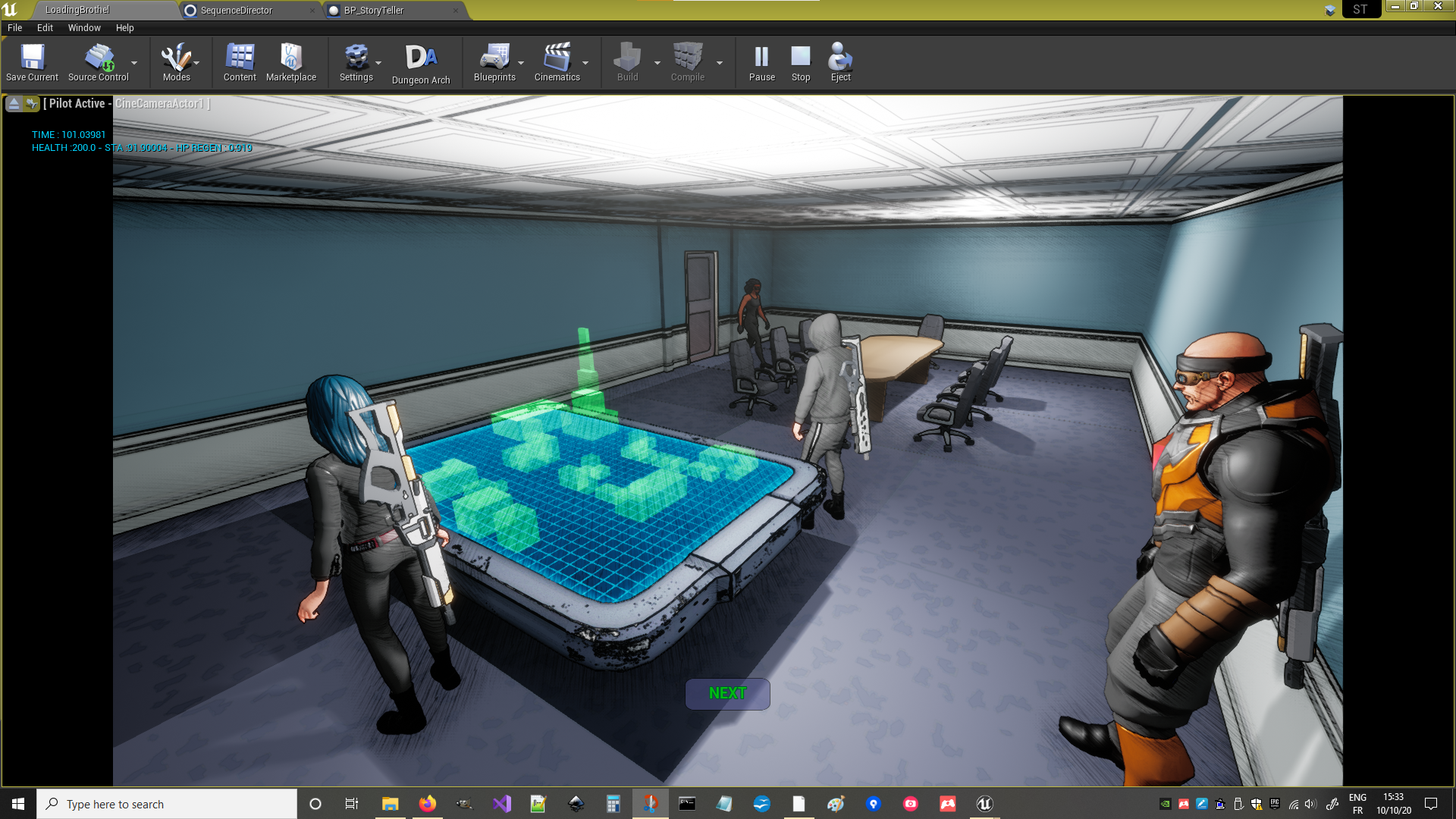 This week no build will be pushed for you to test. I'm working on the narration process and there is no point delivering small chunk of it.

Narration is a lot more time consuming than I want it to be. Not only I have to set up the camera, the protagonists pose, the dialogs, the player's choice and a lot more, but I want it to be the more fluid, easy and fast to implement too. I want to be able to create sequences as fast as possible, so the story can be written, tested and tweaked easily.

To achieve this goal I use the Sequencer which is a really powerful tool delivered with UE4. This tool allow you to create cinematics in few minutes. You can add any actor in it and trigger its functions, all of what an actor can do, the sequencer can triggers it (I mean all, be it the camera(s) transform, aperture size, focal length, a character, or you can even switch a light). So the natural way to achieve my goal was to create an actor that implements all the function I'll need often and implement an interface between it and the Sequencer, eh? I called it StoryTeller. 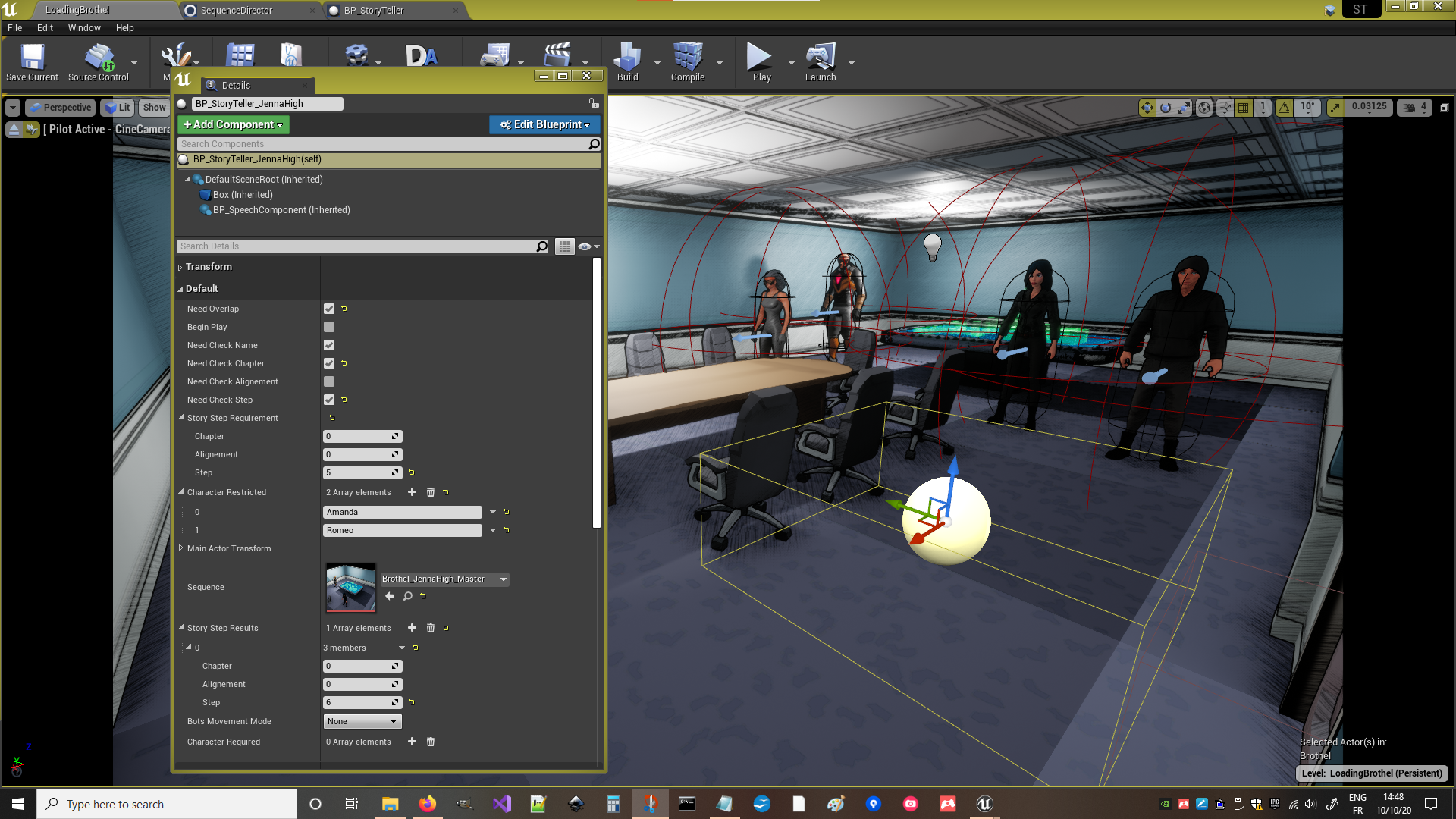 The storyTeller can start at BeginPlay (seen in the first sequence when you create a character) or on Player Overlaping its Box. It implements all the usual functions needed (Start, Pause, Jump to Frame, End, Update Journal, ect.) so the sequencer just have to call them. And it performs some optional checks like StoryState, PlayerState, ect.

So I'm not only writing (improvising mainly, to build up the system) the story, but also setting up a system to do it fast. The goal being able to pull 10 complex sequences a week. I want the writing process to flow as smoothly and fast as possible, so if any idea comes to mind it's a matter of minutes to implement and test.

Hopefully yall see it in action next week! Till then, shoot some villains in the current build. Share feedback and ideas and stay tuned!