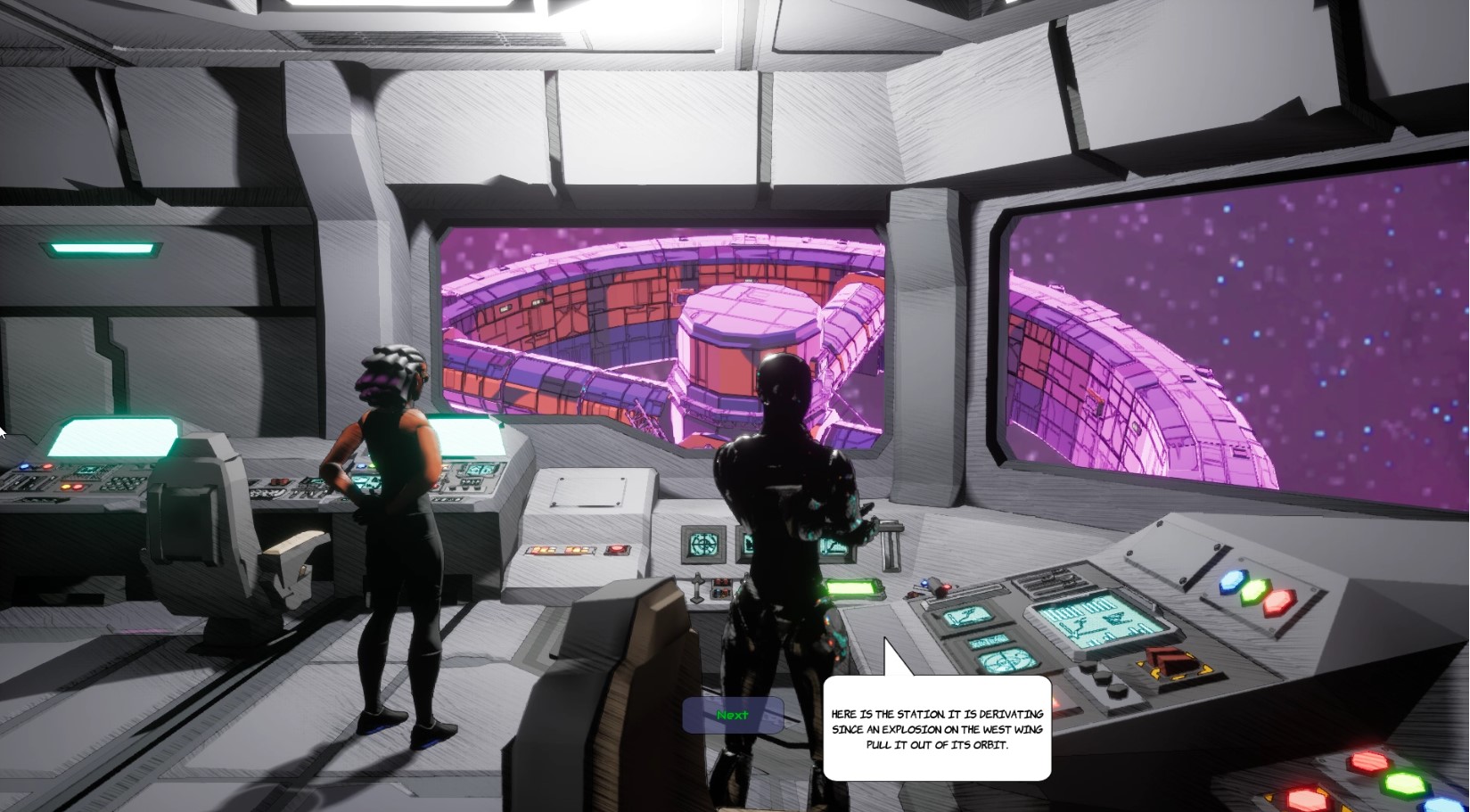 The first boss is ready for you to fight! At mission level 5, if you get through it, you'll initiate the fight against Jearl Hyatt, the raiders leader.

I also worked on the introduction sequence, it's more detailed now. As well as the Player's vessell-HQ "Wanderlust". It has a bridge now! From there you'll be able to fly between chapters.

And a new threat has been implemented: explosive trap! trigger it and you got 2 sec before a blast. If you're caught unaware it will hurt and you'll fly. But the worst is coming: the blast can be heard pretty far and will surely drag some scums.

it's quite a milestone for me. The first chapter loop is done. There is still a lot of polish and additions to do, though. But it's a good base and I'll work on adding an another chapter. This first chapter will constitute the game demo.

Until next week, take care! And please give some feedback, opinions, ideas!